The UK Atomic Energy Authority will continue to be at the forefront of UK robotics after the Government announced funding for a £3 million extension to its Remote Applications in Challenging Environments (RACE) research facility at Culham Science Centre near Oxford.

Since opening in 2016, the RACE facility has conducted R&D into the use of robotics in extreme industrial environments where it is difficult to send people to carry out work. It also supports companies developing their own autonomous systems. RACE is a key centre for implementing the Government’s Robotics & Autonomous Systems strategy, which aims to equip the UK to compete in this emerging global industry. 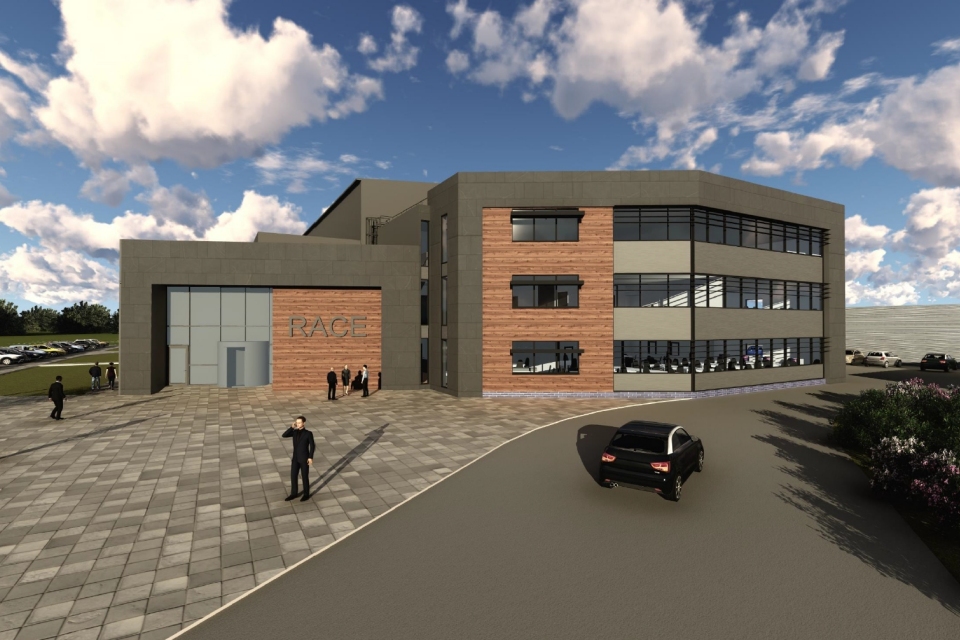 The building extension, funded by the Department for Business, Energy and Industrial Strategy, will allow the RACE workforce to expand by more than 50 per cent (to 250) and increase collaboration with both academic and industry partners on the latest state-of-the-art robotics equipment and testing facilities.

One example of how the new extension will strengthen collaborations is seen in RACE’s involvement with the Robotics and Artificial Intelligence for Nuclear hub (RAIN), funded by UK Research and Innovation. Led by the University of Manchester, RAIN is developing innovative robotics for UK nuclear decommissioning projects, in support of the Government’s Nuclear Sector Deal ambition of a 20% reduction in decommissioning costs.

Announcing the investment, Chris Skidmore, Minister of State for Universities, Science, Research and Innovation, said: “Innovation requires infrastructure. Not only will the extension to RACE create over 100 highly skilled jobs and improve collaboration. But it moves the UK closer to a globally significant robotics cluster in Oxfordshire.”

Head of RACE Dr Rob Buckingham said: “This investment in the RACE building is a big deal for robotics because remote operation is mission-critical for a fusion power plant.

“In addition to supporting key international fusion projects, we are working on wider challenges in hazardous environments, including nuclear decommissioning and remote inspection.

“We want to share knowledge rather than assume that RACE’s technological developments will be picked up by the supply chain.”