On Wednesday 15 March, the House of Lords Science and Technology Committee published its report Connected and Autonomous Vehicles: The future? The report sets out recommendations for the Government to ensure it makes policy and investment decisions that enable the UK to receive maximum economic benefit from autonomous vehicles. 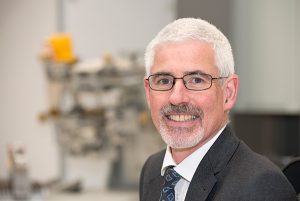 Dr Rob Buckingham, Head of RACE, responded to the report:

“The House of Lords report highlights the huge potential of using robotics technology in road transport, especially in autonomous vehicles. We commend the Government for continuing to invest in driverless cars, to reinforce the UK’s strong position in this technology. This is particularly true in the area of testing and public engagement where the Government has a unique and necessary long-term role.”

“What we learn as we bring driverless cars to market will be hugely beneficial to robotics in general. Applications in other fields such as nuclear and space require the same fundamental technology and the 2017 Budget announcement of wider investment in robotics for hazardous and extreme environment will start to build the UK’s RAS ecosystem.”

“The recommendation from the House of Lords report to establish a RAS council to look at the wider implication of robotics technology is also welcome. As well as guiding further investment, this leadership group will have a vital and necessary role in monitoring the impact of RAS technologies within our increasingly digital society so that we can have an informed and timely debate on issues as they arise.”

Dr Rob Buckingham FREng is the inaugural head of the RACE research centre at the UKAEA’s Culham site. RACE works in the field of remote applications (robotics) in challenging environments. The team of 120 engineers works on a variety of complex robotics challenges including designing robotic solutions for a future fusion power plant. RACE is also supporting testing of autonomous vehicles, hosting the field trials of Oxbotica’s cars on the 10km of roads on the UKAEA’s fenced site. Oxbotica is the rapidly growing spin out from the Oxford Robotics Institute.

View the House of Lords report – Connected and Autonomous Vehicles: The future?